What is Polybutylene piping?  Why should I consider replacing it?

Polybutylene piping is a low-cost piping formed of plastic resin. It is commonly gray, white, or sometimes black in color. Poly piping is employed as a substitute for copper piping in both underground water mains and interior plumbing. Due to the ease of installing poly piping, it was used in the construction of millions of homes throughout the U.S. between 1978 and 1995; however, it has been discovered that as poly pipe ages and reacts with water-soluble oxidants, it begins to degrade and can leak, causing severe damage to the surrounding building structure.The presence of polybutylene pipe can severely affect a home’s value on the real estate market. Poly pipe generally takes 10-15 years to begin to show signs of severe deterioration; therefore it is important to know what problems can be caused by its presence, and what can be done about it before it does pose a risk.

Although some poly piping problems stem from improper installation, most complaints are with the integrity of the piping itself. Polybutylene pipe is known to deteriorate due to contact with oxidants normally found in public water supplies. The failure can occur in the plastic fittings or in the pipe itself. A main concern regarding poly pipe is that, since the oxidants are carried in the water, the pipe deteriorates from the inside. This makes it very difficult to determine if the pipe is truly in good condition. Most home inspectors cannot give a reliable assessment on the condition of poly piping unless there is a visible problem with the exterior of the pipe or its installation. In addition, when a leak occurs, it may be extremely severe because the deterioration occurs from within. Poly pipe leaks are unpredictable and there are no symptoms to warn of an impending leak. Some factors that affect polybutylene piping adversely can include:

When polybutylene pipe reacts with the oxidants in normal tapwater, it becomes brittle, sometimes scaling or flaking. This results in a fracturing of the interior surface of the pipe, which allows for more deterioration. Eventually the pipe will begin to leak, causing damage throughout a home. Poly pipe with plastic fittings or with metal fittings will eventually incur damage; poly piping is not a reliable piping under any circumstances. If a pipe has been leaking for some time without the knowledge of a homeowner, severe structural damage to the home can result, making repairs extremely difficult. Damage from polybutylene pipe leaks can be expensive, in some cases more than the original cost of the house. Insurance companies sometimes cancel or refuse policies for homes with known poly piping problems, and it is difficult to market a home that has such an unreliable plumbing system. Identification The most effective way of identifying polybutylene pipe is to have your plumbing inspected by a licensed professional. While inspectors generally cannot determine if there is deterioration in poly piping, licensed plumbers can confirm if you have poly piping installed in your home. Typical characteristics of polubutylene piping include:

Poly piping can be used anywhere in the home’s plumbing system – usually its presence can be ascertained by checking the attachments under household sinks, near hot water heaters, or leading into toilets. Following is a list of common places you may inspect for the presence of poly piping: Interior

Note: Not all polybutylene piping systems use polybutylene fittings; some use copper. Therefore, if you see copper fittings on a pipe, it does not indicate that you do not have poly piping. Another important area where poly piping may have been installed is the incoming water supply line to you house. If this incoming pipe is a light blue plastic pipe, it is likely that you have a type of poly pipe informally called “Big Blue”. This pipe is extremely prone to failure and unexpected bursting. If you have this type of pipe as an incoming water supply line, it is recommended that you have it replaced as soon as possible.

The only way to eliminate the possibility of problems that can come from deteriorating polybutylene piping is to replace the pipe itself. Fortunately, this procedure is relatively inexpensive and can usually be performed by a certified plumber or re-pipe specialist. The process of re-piping (both interior and exterior) can involve some of the following procedures:

Exterior Slight excavation with a trencher Boring under sidewalks and driveways

Interior The cutting of several holes in the walls

Poly piping runs behind the walls and under the floors of a home, but while the re-piping of a house will require that holes be cut in the walls and floors, a professional can perform it with a minimum of damage to walls and other structures. If there has already been damage to your drywall  from a poly pipe leak,  we would be glad to give you an estimate for the additional drywall work. Property Values, Ownership, and Buyer Notification

When a home containing poly piping is placed on the market, buyers will often discount the price (due to the material defect) – even if the poly has not yet shown any leaks – because it is known that poly piping will leak eventually. If a seller is aware, it is wise to replace any poly piping before putting a house on the market. There are currently no laws specifically regarding the disclosure of poly piping on a property, but some property brokers have been sued for not disclosing the presence of polybutylene piping in buildings they sell. Real Estate brokers selling homes containing poly piping should be prepared to be held liable if buyers have a non-disclosure complaint. At the very least, both sellers buyers should be provided with some sort of information regarding poly piping and its dangers, and sellers should be given the opportunity to replace their piping before putting their home on the market. 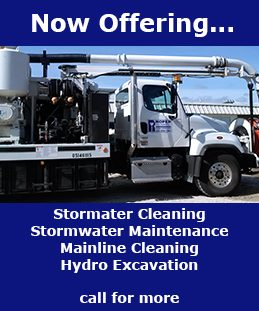